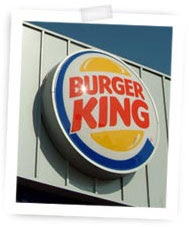 So we all have our favorites. Kind of like Pepsi or Coke, right? I just saw a fun, clever commercial for “The World’s Purest Taste Test” by Burger King. Basically BK’s Thailand commercial is about how BK traveled to a place where the word “burger” doesn’t exist, documented which burger people liked better – Whopper vs. Big Mac and then the commercial drives you to www.whoppervirgins.com!

Tonight, the world will find out which burger won the taste test. Now we know who will win because otherwise why would BK air the spot if the Big Mac was the best?

This TV spot is sparking a lot of controversy from people who think this was insensitive by exploiting people. By clicking that link you can also view the other Burger King commercials.

What do you think?? Leave your comments here.