Our blog this week is from Kiersten Dietrick, a graduating senior from Gilmour Academy who has shadowed us at Felber PR & Marketing for the last week. We thought that her perspective on social media would give good insight to our clients on the importance of social media in the modern business world. 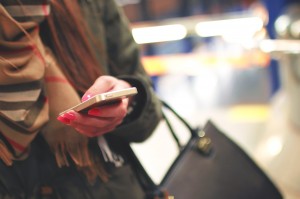 As an 18-year old living in modern-day America, I’d say I have a lot of firsthand experience with social media and how it affects the way the people communicate across the world. Even though I mainly use it to share pictures, read news, and keep up with friends, I’ve seen how it has changed the world of marketing, advertising, and business. I’ve even witnessed my high school adapt to the digital age by creating accounts on various social networking sites, and it is obvious that social media is an excellent way for companies, organizations, and people in general to be able to reach out to larger audiences.

While businesses and advertisers used to rely heavily on television or radio advertisements to boost awareness of their products or services, they now are creating more awareness of their brands through online social media, particularly Facebook and Twitter.  Since society has recently been turning their attention more towards social media, becoming active online can help companies stay relevant in the public eye. Not only have these websites been utilized by everyone ranging from children to professionals, society’s increasing use of smartphones and other mobile technology allow social media to be virtually everywhere. We live in an age where, even though modern conveniences like television and radio are still widely used, people are probably just as likely (if not more likely) to be constantly checking Twitter, Facebook, and Instagram, and companies need to take advantage of this simple yet incredibly efficient technology.

Perhaps a big reason why social media has taken off in recent years is because it fits our modern society, which over the years has become increasingly more fast-paced and attuned to multitasking. The United States is a prime example of this, where people are constantly running around and do not have time to sit around and read their news. Social media provides people with a quick method of reading the most up and coming news and developments, even with their tight schedules. With just a couple taps of the finger, people have fast access to almost any information they could need.

Take sports fans, for example. Personally, I love my favorite hockey team, and would watch them play every night if I could. But as a high school senior wrapping up my final semester, sometimes that’s just not feasible – having those late-night games on while I’m trying to cram for finals is a recipe for disaster. However, social media has certainly come through for me in those situations. I may not be able to watch a game, but following my team’s Twitter account as well as the accounts of various reporters and beat writers gives me play-by-play updates and summaries of everything I missed. Watching a highlights video on Facebook, although admittedly not as fun as actually viewing the game, still tells me everything I need to know – and does it in just a few minutes as opposed to a few hours.

Thanks to the widespread use of social media, information can be spread more quickly, efficiently, and effectively than ever before. This is because it allows everyone to have easy access to the same information regardless of things like distance or location. Just one tweet, Facebook post, or YouTube video has the potential to reach millions of people. How else would mega pop star Justin Bieber go from just an average kid to the heartthrob of 12-year-old girls everywhere in such a short amount of time? Bieber was discovered by a marketing executive of a record label through videos he posted to his YouTube account. The connection allowed Bieber to promote himself and get his talent noticed on a larger scale. It just goes to show that connections are everything in the digital age – if the right people find you and like what you have to offer, chances are they can help you gain the publicity you’re looking for.

Although social media is prevalent and provides a method for people connecting with one another in a quicker and more efficient manner, it has not made other forms of communication obsolete. Companies can still reap the benefits of using traditional advertising, such as radio, television, mail, telephone, and even face-to-face interaction to market themselves. Social media, however, something that has undeniably revolutionized the way people interact with each other on many different levels, and especially in the world of marketing, is something that should be taken advantage of. With that, here are some tips on how you can use this technology to its full potential:

Stay “In the Loop” With What People Are Saying

Another huge benefit of social media is that it allows us to track what people say about people, events, and a plethora of other topics. When marketing or advertising, especially to a certain audience, it’s extremely important to have a decent understanding of the people you’re trying to reach. Tracking “hashtags” on Facebook and Twitter is an easy and effective way to keep up with how the public feels about a certain topic. Word-of-mouth goes a long way these days, and something as simple as a referral or retweet from a popular account can be a great way to get exposure. Knowing what tags people are likely to search through and tagging your posts or tweets appropriately can help maximize the exposure you’ll get in that regard.

Present Yourself Appropriately and Efficiently

One of the main reasons social media has become so successful is because it doesn’t require a large sacrifice of time or effort to be effective. Companies trying to put themselves out there shouldn’t lose sight of this when trying to build themselves up in the digital world. In general, the more complicated or time-consuming a website is, the less likely people are going to want to take the time to sift through all the unnecessary information. Keeping posts as short and sweet as possible while still communicating the necessary information is the best way to effectively reach people. Additionally, aesthetic appeal is something that shouldn’t be ignored. TV commercials make use of catchy jingles, bright colors, and humor to grab people’s attention while at the same time presenting the information they want to present. If your website, blog, or social media account follows that same ideology, you’ll be more likely to attract and keep people’s attention.

In recent years especially, we have seen plenty of examples of how videos, events, and even people can go completely viral in short periods of time. Sharing things on social media often has a snowball effect – one person sends something to someone else, that person shares it with two other people, and before you know it, whatever they were talking about could end up being discussed all around the world. This process can be sped up if someone with a large following decides to share something. Companies should be on the lookout for opportunities that could allow themselves to be seen by someone who could help them gain a lot of exposure, and by putting themselves out there as much as possible, they could increase the possibility of being discovered by more and more people.

Continue to Make Use of Traditional Media

While social media is a great tool for reaching large audiences, other forms of media can help maximize publicity when used in conjunction with social networking. Commercials on radios or TVs can be a great way to initially encourage someone to visit your website, blog, or account. There’s also still immense value in communicating through print, telephone, or even face-to-face. Social media can’t replace all these traditional methods, but it can definitely enhance them when used properly.