Blog
You are here: Home1 / Blog2 / Uncategorized3 / The Person All Manufacturing Salespeople Should Know 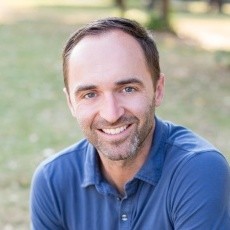 In honor of Manufacturing Day and Manufacturing Month, throughout the month of October, I will be highlighting influential people in the manufacturing industry on the Felber PR & Marketing blog. The first feature is on Caleb Townsend, Co-founder of Factur. Townsend is an individual and resource that every manufacturer should know. If you sell a product or service to manufacturers, keep reading.

Townsend’s exposure to manufacturing started in childhood. His father was an engineer for Navistar, a manufacturer of commercial trucks and buses.

“Manufacturing shop talk was frequently part of the dinner table discussion. I loved hearing my dad’s stories about the projects he was working on and I thought it was so cool that he helped build these huge vehicles”, says Townsend.

Upon graduating from Purdue University, Townsend worked in account management and sales in a variety of industries including finance, business consulting, and a VoIP provider. In February of 2011, Townsend joined Wentico and Co., a general construction company that serves the greater Indianapolis area, focusing on commercial/residential construction and flooring, as Vice President of Sales. After working at Wentico and Co. for over a year, Townsend was ready for a new challenge. He joined Qualtronics, a specialist in Electrical Wire Harness Assembly & Wire Harness Design, in June of 2012.

“Working at Qualtronics was exciting because they create niche products that other companies will not touch. Any company requiring mobile products that are diesel powered and produced in volumes less than 500 a year, Qualtronics can help. If you see a unique piece of equipment and say to yourself, ‘I don’t see that that often’, Qualtronics probably produced the wire harness on it”, says Townsend.

Qualtronics gave Townsend exposure to a variety of different industries including waste management, construction, agriculture, marine equipment, emergency response, and more. Every customer and project was an opportunity for Townsend to learn a new industry or process. It was there that he realized manufacturing was more than a career to him– it was a passion.

Creating a BNI Model for Manufacturers

Townsend was introduced to Gabe Draper, his now business partner, through Rob Dally, president of Qualtronics. Draper had a vision for a BNI-style business referrals group, exclusively for manufacturers.  Since Townsend ran a BNI group when he worked in the construction industry, partnering together was a ‘no-brainer’.

“At first, we wanted to start this group for our own sales efforts.  In November of 2012, we had our kick-off meeting with 17 attendees present. After 2 months of meetings, we realized how valuable our group was and decided we wanted to launch in on a larger scale”, says Townsend.

Factur, formerly known as Manufacturing Referral Network, became an entity in January of 2013 and the business has grown substantially throughout the 6 years.

2) Prospecting Service – Factur handles the part of the sales process that is often neglected when sales managers get bogged down with managing accounts: prospecting.  Factur helps companies identifying leads, finding decision makers, and set appointments. Factur looks and feels like an in-house salesperson at your company but step out of the process once the appointment is set, leaving your salespeople to close the account and manage it.

“I think what has led to Factur’s success is that we cater to a demographic which was previously neglected. We are a resource for manufacturing suppliers and help them grow their businesses. We added prospecting to our business model because we realized that the salespeople in our groups were missing opportunities. They were so busy account managing that they were neglecting prospecting and bringing in new accounts. We are continually looking for opportunities to support our members and fill in the gaps in their sales processes”, says Townsend.

Unlike traditional sales managers who typically can only make 12 prospecting sales calls a day, Factur can make 30 prospecting calls for your manufacturing firm a day. The Factur team’s extensive background in manufacturing allows them to quickly get up to speed on your products and processes. They do the work to prospect and qualify leads for your business, so your salespeople are not wasting time talking to companies that are not ready to buy.

Don’t believe you need a person or partner at your manufacturing firm solely responsible for prospecting? Check out this excerpt from a prospect email the Factur team got in regards to their work with client Qualtronics.

‘And lastly, as busy as most companies are, particularly in this area, and with the difficulty in the labor market, how is it your company has additional capacity to pursue additional business?  I have not had an inquiry by a company in your market in quite some time, so it raises the question, what is different with Qualtronics?’

Connect with Caleb Towsend and Factur

Factur is working to expand its reach and there will be 4 new city groups launching by 2019. Connect with Caleb on LinkedIn or visit https://bethefactur.com/ to learn more about joining the Factur Networking Group in your city.

A Mfg Day Reflection: Why Case Studies Need to be Part of Your Sales Strate...Seven Strategies for Increased Employee Engagement
Scroll to top