You are here: Home1 / Blog2 / Felber and Felber Marketing

>Every year the Super Bowl commercials get a lot of hype. So much so that there was a 1 hour special on CBS Friday night about the best Super Bowl commercials. I of course watched it. After getting a sneak peak at some of this year’s commercials, I was mildly disappointed. They showed a handful so I thought, there must more – perhaps they didn’t show the best of the best?

With that in mind, I watched the commercials with an open mind. All in all, I was very disappointed. While I’m going to give a recap of my top 10, only the top 4 deserve a round of applause. Here is the recap compared to USA TODAY’s Ad Meter (UTAM) rankings:

1. Pepsi Max – Love Hurts (#5 on the UTAM): Not only did this commercial have enough humor to keep me laughing but it stayed on target with Pepsi’s message – Zero calories.

2. Doritos – Pug Goes for Chips (tied for #1 on the UTAM): In typical Doritos fashion, this ad is full of humor and has you wanting Doritos.

3. Pepsi Max – Torpedo Cooler (#24): During the few seconds of this commercial, my living room full people all sighed with “aw,” and then a huge burst of laughter. Pepsi did it again with laughter and a targeted message.

4. Volkswagen – Young Darth Vader (#3): I tweeted (@MichelleSeeber) this ad on Friday and still loved to watch it again. It was sentimental, had humor and who doesn’t love parents playing tricks on their kids? While this is my FAVORITE commercial, as a marketer I had to bump this down on my list since the only thing we’ll remember is the tiny Darth Vader and not the name of the car company.

5. Budweiser – Wild West (#16): I thought this was a great commercial – what better way to remind you of Budweiser than the Clydesdales, a bar and the song “Tiny Dancer.”

6. Bridgestone – Reply All (#11): Funny and clever however the message tying it to Bridgestone didn’t really do it for me.

8. Coca-Cola – Border Guard (#10): I feel like this spot was an old standby with a new situation and people. It was still well done and left you with that share-a-Coke-feeling.

9. E-trade – Baby Gets a Suit (#15): This was another solid commercial by E-trade. It weaved in the fact that they have helpful customer service, its easy to use and how well someone can do when using E-trade.

10. Verizon – iPhone Coming (#46): I thought this commercial deserved a better ranking by UTAM. It was simple and hit the target with identifying a pain from prospects.

2. NFL (#8): It was so exciting to see all the old shows but what a let down at the end when we saw it was an NFL commercial.

3. Eminem does a commercial for Lipton (#50) about how he doesn’t like to do commercials. While this is done well, Eminem is also in another commercial for Chrylser/Detroit (#44). If I was Chrysler, I’d be pretty upset that its star person just ranted about not doing commercials.

4. Chevy: all your commercials before and probably after the Super Bowl with Tim Allen as the voiceover have got to go. While I like him as “Santa Claus,” his voice is too distracting for a car commercial. His voice reminds me of “Home Improvement” and all the movies where he is a humorous guy. It’s just not working…

Feel free to comment and let us know your favorites and who missed the mark. 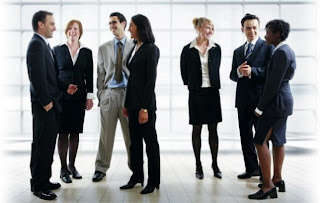 Networking your way to success
Today’s post is written as a resource for the Kent State University Entrepreneur Extravaganza where I will be a presenter with Chris Brown of Marketing Resources & Results. To see Chris’ post, click here.

Networking is about knowing who is a good prospect. Are you looking for a job, new clients or potential investors? Friends and colleagues who know your target audience can also help with introductions and referrals. Referrals, networking and target marketing go hand in hand. So, first, determine your target audience. Reference this article:
Referrals: You Are Responsible for Painting the Picture – Part One.

What to say. Create and then practice a 10-20 second opening statement to answer the question of what you do (or what you might be looking for as a student). Keep your phrase positive, free of jargon and “outcome-based.”

Working the room. Networking is NOT running around the room handing out as many business cards as you can. Plan ahead of special events and target those you want to meet. Speak to event organizers and obtain the attendee list. Study the list, note centers of influence and arrive early to maximize your networking time. When the meeting is called to order, do not sit with friends or colleagues. Remember, an empty chair next to you reduces your networking time by 50%.

Follow up. How can you set yourself apart and be the one people remember? Write follow up notes. Not an email or a text message, but a hand written note. Mention an interesting fact or comment about something you learned while actually listening to people during networking. Having a business card is key to obtaining their card. It is difficult to send a note if you do not have their card.

Where to network. Just about anywhere, if you are prepared. Have your business cards with you at all times. Know your audience through preparation. Depending on your goals, networking at peer groups may not yield the same results as groups where your colleagues are not present.

Social media sites. We’ve been social beings a long time. Twitter, Facebook and LinkedIn are just new tools for the same objective. Balance your profiles personally and professionally and by all means keep them clean. Learn the etiquette of each site and harness the nuances. Reference:
COSE meeting is all atwitter over pros, cons of social media.

Take your networking to the next level and help others network. Reference: The Culture and Ethics of Referral-Based Marketing Programs – Part Two.

I look forward to networking with you in person and around the Internet.