Archive for category: Word of the Day

One of the main reasons I became interested in advertisement and marketing was from the persuasion of advertisements of TV and radio. They are always trying to persuade you to think one way, or act another. It fascinates me how the littlest things can alter the way people think. For instance,my favorite commercials are the “anti-drug” commercials.

To me, this commercial is saying if you know something is dumb, don’t try it . The commercials have such a humor about them that keeps the audience interested – most often it is their plot which has something to do with a current major problem. I know personally, and speaking for my generation, we are easily fascinated in the easiest, smallest little thing. So, if commercials continue to come up with ideas that are short and sweet right to the point, most likely they continue to be remembered 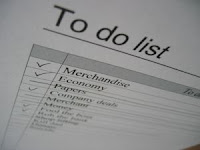 DAGMAR– Goals set for a campaign are easily met.

Today’s word of the day: Defrag

Definition of defrag: the process of compressing files on a hard drive to improve speed and efficiency.

Make sure you defrag your computers at least once every two weeks!! -Tali

Today’s word of the day: mindshare

Definition of mindshare: Having a company hold the public’s attention and remain top of mind.

For example, a few years ago KFC had a commercial out that included a high pitched shreaking noise throughout the majority of the commercial. A friend of mine complained about how annoying it was and how that marketing company needs to be fired. However, my friend fell in the trap. He remembered the commercial AND KFC – just what they wanted. KFC, in this case, had mastered mindshare.

>Today’s word of the day: Values And LifeStyles (VALS)

Definition of VALS: this is a psychographic segmentation approach offering various characteristics and behaviors concerning people and their surroundings.

* * *
I’m baaaack! Boy, do I have some stories about the VALS out on the west coast! Blogs this week will be focused on how the coasts differ.

Today’s word of the day: Surrogate

Definition of surrogate: one individual appointed to act for another.

* * *
Ladies and gentleman, I am off to the west coast for a week. It is my hope my fellow coworkers will keep up on blogging while I am away.

I’ll see you next week!!

Today’s word of the day: Bacn

Definition of bacn: the middle class of email; email which is not classified as spam because it is not totally unwanted, but isn’t really wanted either.

Definition of deep linking: the act of linking to a web page other than a particular site’s home page.

Definition of guerilla marketing: a nontraditional marketing event intended to have maximum results with the minimal amount of resources.

>Today’s word of the day: Circle of Influence

Definition of circle of influence: people who are closest to you and who make up your warm market. These people are easily influenced by you because of your solid reputation in your profession, community or general area of interest.